Flexible Working: Is Australia Falling Behind? 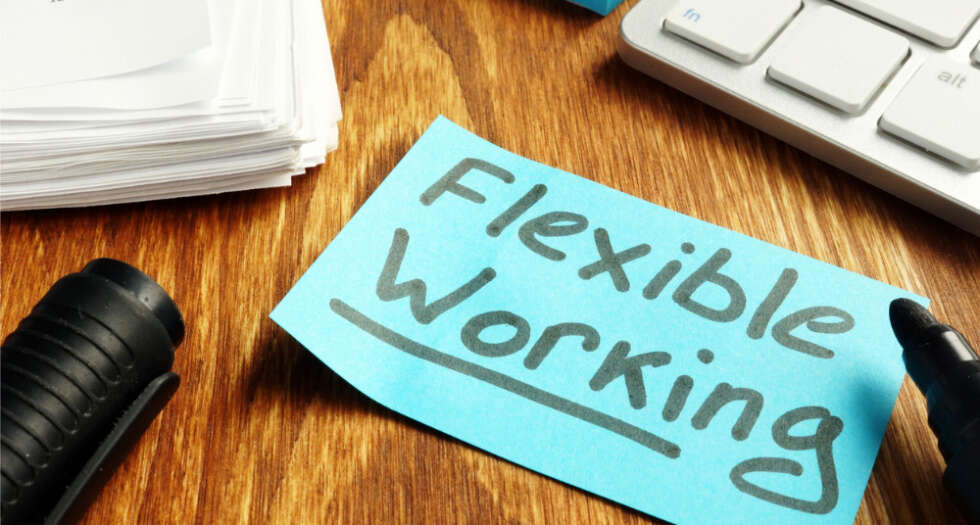 Defining flexible working can be difficult, but in general it allows an individual to have more control over when, where, and how they work.  Some popular forms of this are remote working or working from home, flexible hours, part-time hours, and job sharing.  Flexible working can lead to a myriad of benefits for employees and employers, but is particularly helpful in breaking down barriers to work for those living with a disability.

It seems that in many places around the world flexible working is becoming the rule rather than the exception.  Its popularity has been steadily increasing over time, but has taken a giant leap forward in recent times with the advent of the COVID19 pandemic.
In Australia, we have been fortunate enough to come through this global medical crisis in a better condition when compared to other places like the US, UK, and Europe.  But has this relative safety caused us to slip behind on one of the most important changes to the modern workplace in recent history?

At the start of 2020 I was living in Manchester, UK, and working as a Recruiter for the Princes Trust charity.  I was lucky enough to be part of an organisation that had already fully embraced remote working, so had complete control over where I worked.  Some days I would pop down to a local café for a few hours, or maybe spend the morning beside my partner who also worked from home, then drop into the office on Friday to socialise and catch the regular after-work hangout.

Midway through March things changed drastically as the country was locked down for two weeks initially, then had this extended indefinitely for months.  The remote working arrangements that had previously been utilised for employee wellbeing, reducing office costs, and increasing productivity had now become essential to conducting business at all.  Although there were many other complications that we faced as a company, we were extremely well situated to continue functioning despite the restrictions on travel.

Friends and former colleagues elsewhere in the UK painted a very different and chaotic picture of the first few weeks of lockdown.  Managers rushed off their feet calling their team’s personal mobile numbers, widespread internet connectivity issues, employees frantically downloading business software onto their home PCs or waiting days for equipment to be delivered by overstretched courier services.  Within the month things had settled down though, with some employees having paid time off on furlough and others being better set up to work from home.

Being in touch with other family members and friends back home throughout, it was easy to see that Australia was doing relatively well and the majority of the country was untouched by the virus.  Apart from some short lockdowns and other minor adjustments, it seemed that it was business as usual for most Australian companies.  The obvious exceptions to this are the hospitality and entertainment industries, along with the Victorians who underwent one of the longest lockdowns in the world at the time.

After a few last-minute cancelled flights and a brief exile in Croatia, my partner and I were able to return to Australia in October 2020 and set about trying to restart our lives in the small regional city where we grew up, Newcastle.  We were overwhelmingly thankful to be home and it was refreshing to walk around the streets unmasked.  It was a little scary going to a crowded shopping centre for the first time in over half a year or finally being able to attend social gatherings again, but one of the most striking differences revealed itself to me when starting my job search in earnest.  There was a distinct lack of flexible working options on offer in the region and some hiring managers I spoke with didn’t even know what real flexible working was.

Having been a recruiter for three years in three different major cities I was no stranger to workplace norms varying over geographical locations. There were indeed more opportunities in Sydney and other major cities, but not nearly as many as I was expecting after my experience overseas. I had assumed incorrectly that the hard lessons learnt by UK businesses and those in other countries would be heeded here.  I was gobsmacked that in Australia working from home had been utilised as only a temporary measure in most instances and that remote working was not being setup to combat the imminent threat of further lockdowns at the time.

It seemed that while the rest of the world’s employers were forced into utilising flexible working arrangements during lockdowns and employees in other countries had been concentrating more than ever on achieving an effective work-life balance in the most trying of times, Australia’s flexible working landscape had changed very little.  Flexible working is no longer seen as a benefit in the UK and is perceived more as an expected option in most workplaces there, with wellbeing and learning & development becoming the new most sought after perks.

I was lucky enough to land an exceptionally flexible role in AtWork Australia’s forward-thinking NDIS team early February 2021.  Their exciting expansion into New South Wales necessitated the formation of a remote team, with many of my colleagues based in Western Australia.  Because of this, I was afforded complete control over my hours, schedule, and the location in which I worked.  I genuinely felt lucky to have been given this opportunity and most people I spoke with were surprised or envious of the freedom and trust that I have been given by my employer when I explained my working patterns.

Although we are definitely gearing up to work more flexibly here in Australia, there hasn’t been the same impetus to force social change that has been experienced internationally.  Not surprisingly, employees are enthusiastic about increasing their control over how they work, but it is Australian employers who seem to be dragging their feet during the monumental shift.  As an employer, it is easy to be distrustful of your employees and there are bound to be a few who abuse these freedoms, but the benefits to employers far outweigh the downsides.

I believe that Australia really is falling behind on one of the most important changes to the modern workplace, but I hope that this article and the references provided throughout might help to speed up the process and move us closer to the forefront in this new age.